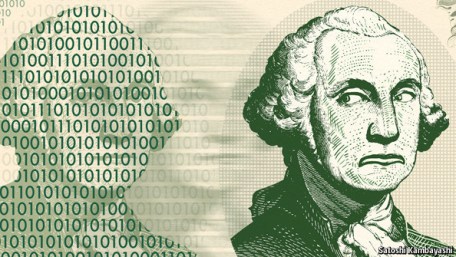 While the potential date of indyref2 is far from clear,  we can say with certainty the next independence campaign will be even tougher. To win, the Yes Movement will require better answers to some of the questions which left voters doubtful in 2014. Top of this list is currency.

The creation of a Scottish pound is the obvious choice, but that shouldn’t be the limit of our ambition. This could be the opportunity to create a digital currency, one which radically reshapes our relationship to money.

The Common Weal, in association with the New Economics Foundation (NEF), have outlined a viable blueprint for a Scottish digital currency; the ScotPound, to be issued by a newly created BancaAlba.

This new bank, and the payment service used to transfer (i.e. spend) the currency would be publicly owned but operated independently of the Scottish government.

NEF’s paper suggests the ScotPound is run in parallel with the British pound, where the ScotPound acts a smaller supplementary currency.

It’s important to understand a digital currency is not just a move away from coins & notes. The ScotPound would be a token to facilitate the trade of services and goods, but with fundamentally different properties from money as we know it today. 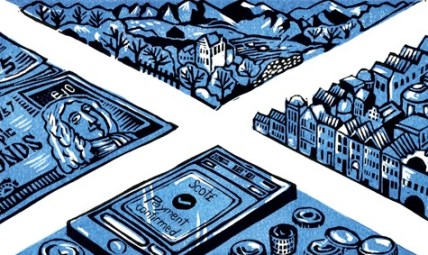 We’d see changes to how money is created, circulated and ultimately how money shapes society. Far from being immutable, the properties of money are designed, and now is the time to design a currency which works for our whole society.

Currently, the vast majority (97%) of new money is brought into existence at the point of lending, when commercial banks lend to you, me or to businesses. This is contrary to the common assumption that governments create money, or that money is still tied to a physical commodity like gold or silver. The banking sector’s ability to conjure money and endless debt led to the runaway economy and subsequent financial meltdown of 2008. Retaking control of money creation would be a central tenant of the ScotPound.

The NEF proposal sees every individual on the electoral role receive 250 ScotPounds  which can be traded for goods and services among a network of businesses who agree to accept the currency.

The billion pounds required for this is issued (brought into existence) by BancaAlba, but any subsequent money creation would be tightly controlled. The ScotPound will also have in-built properties which guard against economic recklessness. 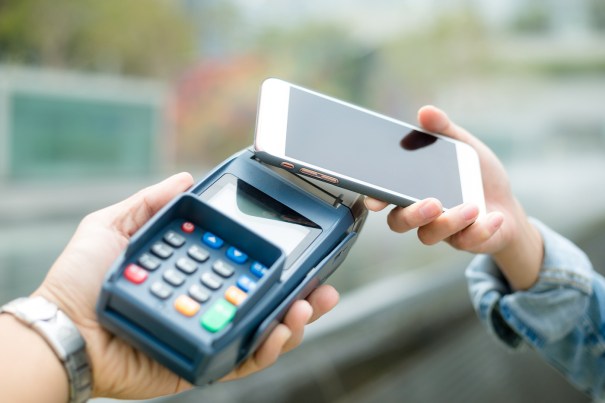 ScotPounds could be spent in a range of ways, most likely via a card with an associated phone app. A telephone banking option would also be available to ensure the currency is socially inclusive.

The ScotPound would be valued directly against the Sterling at £1 to S£1, but this can’t be thought of as an exchange rate – the ScotPound cannot be exchanged into Sterling, or any other currency. Here is where the interesting properties of this new currency begin.

2) Transparency & security. The economy would be laid open to examination as we track the flow of the ScotPound. Fraud, tax evasion and suspect business practices would be easier to detect. We’d have far greater insight into how money moves within our economy so we could make more informed decisions when intervening, be it with further distribution of money or changes to government policy

3) The Scotpound decreases in value when it’s not spent – hoarding the ScotPound is discouraged with a negative interest rate. This technique, known as demurrage, incentives spending to keeping the economy active, and also gently redistributes wealth by taking it from those with too much to spend. The money collected through negative interest can be passed to those with the greatest need, or to charitable causes. Alternatively, this pot of reclaimed money can be turned over to local groups to spend within their community – a new way to promote citizen participation in local decision making.

4) The ScotPound is free to use at the point of spending, unlike your credit or debit card where you’re paying for the privilege of spending your money. The ScotPound would operate on the publicly owned ScotPay system, free from any charges to ensure the Scottish business kept 100% of the transaction. The ability to take payments for free also levels the playing field for small businesses. There’s still lots of small businesses who can’t afford the startup costs and charges to take card payments, so they lose out on customers. Even the small businesses who do take card payments are at a disadvantage, larger retailers can negotiate better rates with the processing companies because of the volume of card payments they take. 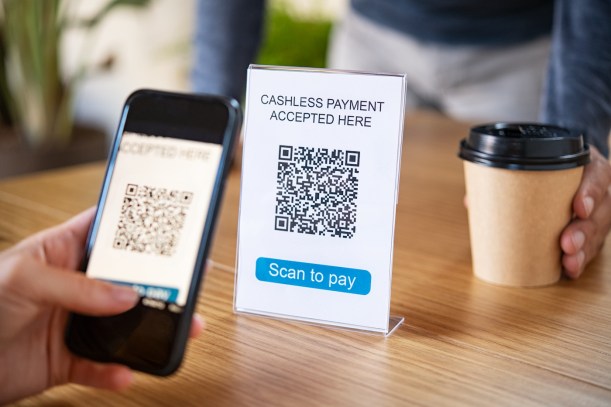 What other benefits would the ScotPound bring?

Stimulating economies with a direct cash transfers to citizens (referred to as ‘helicopter money’) has previously been successful in the USA & Australia.  The method we currently use, handing tax-payers cash to banks in the hope it trickles back into the wider economy, has been thoroughly exposed as a failure and little more than crony capitalism.

Geographic digital currencies are already in use in the UK – the Bristol pound has been running for several years. Much like universal basic income, a digital currency increasingly feels like an idea that’s time has come. Indeed, both projects dovetail together perfectly.

We have the all the technology required for a digital ScotPound, we just need the bravery to implement it.

For more information on the ScotPound proposal check out the Common Weal and the NEF sites.